Concept of Gender Equality – Is it Possible In Our World?

Concept of Gender Equality – In our world, there are still many people who are suffering from gender inequality. And it is hard to find someone who would say that the situation is improving.

Even though there are many things that we have achieved in the past, there is still a long way to go. There is no doubt that we need to work on this topic more.

For example, women are still being paid less than men in the same job. And they are also still struggling to have equal access to education and healthcare.

There are a lot of people who believe that we will see the concept of gender equality in our world by the year 2050.

In fact, some experts even think that the whole world will become a gender-equal one.

That is why I decided to write about this topic. Do you think that we will see the concept of gender equality in our world?

Today’s world has become a place where gender inequality is widespread. But is it possible to change this in our society?

The answer is yes. We need to realize that we are all humans first and foremost and that our true value is not determined by the color of our skin, the sex of our body parts, or the religion of our ancestors.

As long as there are people who are discriminated against, there will be no true equality. However, the way to fight discrimination is not by limiting women to certain roles. Instead, we need to teach people to respect others.

We should never accept that women are inferior to men because of their gender. This belief system leads to a world where men hold all the power and where women are constantly treated as second-class citizens.

That is why I decided to write this article. I wanted to know whether we will see any improvement in the future. 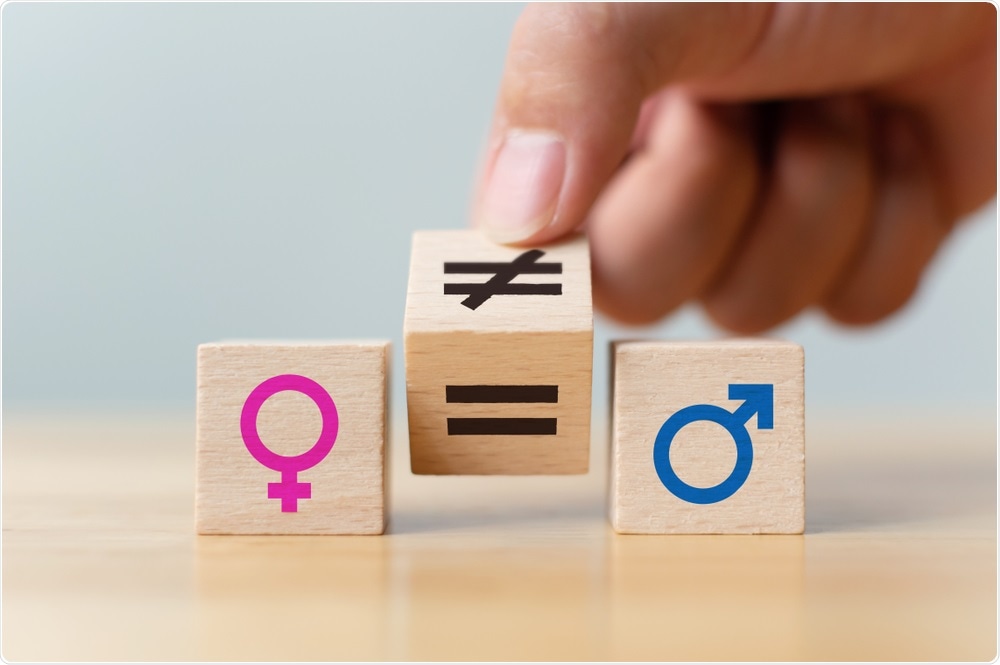 What is gender equality?

The concept of gender equality is a term used to describe equal rights and equal treatment for both men and women. When it comes to gender equality, there are two main types of gender inequality.

The first is discrimination based on sex. This means that a man cannot treat a woman differently because she is a woman. It doesn’t matter what job she has or what kind of clothes she wears. If a man is treated in the same way as a woman, then he can’t discriminate against her based on gender.

This type of discrimination is illegal in most countries.

The second form of gender inequality is based on sexual orientation. This is where someone who is attracted to members of their own sex is discriminated against. For example, if a man is attracted to men, he can’t be turned away from a gay bar. But if he were attracted to a woman, he would be allowed in but would not be able to go to the women’s side of the bar.

In many parts of the world, sexual orientation is still a crime.

These are two types of gender inequality. There are many other types as well, such as race, ethnicity, age, physical ability, and disability.

When it comes to gender equality, we can make a lot of progress if we continue to work together.

concept of gender equality is the process by which we establish the rights of women and men to equal treatment and opportunity.

The definition of equality is not easy. It is a complicated subject that has been argued for hundreds of years, often with the same arguments and the same ideas. It is not the same for everyone.

We need to address the inequalities that exist between men and women, and in many places, women still face discrimination and inequality.

Gender inequality exists because of the roles that men and women play in society. It is a complex issue that includes the roles we play in the home and workplace, and the roles we are expected to play outside of those environments.

It is important to be aware of the differences between men and women and to understand them. It is equally important to recognize that both men and women have the potential to be great leaders, and we must support both genders in achieving their full potential.

The concept of gender equality is a term used to describe the principle that people should be treated equally regardless of their gender.

Although women have been fighting for equality for a long time, they still face many obstacles. There is a difference between gender equality and women’s rights.

There are still a lot of laws and regulations in place that are meant to protect women, but they are not always enforced. This makes it difficult for women to access certain careers and opportunities that men are allowed to take advantage of.

This is why we have to continue to push for change. It’s important to continue to fight for gender equality, especially because there are still so many people who are not aware of it.

The world is moving towards gender equality, but there is still a long way to go. Many people still believe that women should only be involved in certain roles, and that men should dominate the world.

We can all agree that the world would be a much better place if men and women were treated equally. Women are paid less than men for the same job, and women tend to suffer from a higher rate of suicide than men.

The world has changed a lot since I was born, and I can only imagine what it will look like when I’m older. But I’m pretty sure gender equality will be even further along than it is now.

It’s easy to see what’s going on with technology, but we still have a long way to go when it comes to women and men.

The way things are right now, it’s hard to tell if gender inequality is because of our environment or the way we treat each other.

But either way, we can do better. And we have to keep working together to make it happen.

Concept of gender equality is a big deal in the modern world. It’s not just about women’s rights or equal pay, it’s about the entire spectrum of human behavior.

And as we’ve seen, people are still fighting over these issues decades after they were first brought to light.

Today, we see many women taking leadership roles in business and politics. This has been a slow process, but it’s happening nonetheless.

Gender inequality in the world

This issue affects everyone, men and women alike. It’s not just a women’s issue. It’s a global problem that requires attention and action.

The good news is that we can all do something about it. By speaking up, we can encourage other people to speak up. We can work together to improve our communities and the lives of our fellow human beings.

Gender inequality in the world is a problem that affects us all. In fact, it affects men and women equally. But that doesn’t mean we don’t need to address it.

We need to stop thinking of women as a separate category. We need to stop viewing them as less valuable than men. And we need to start supporting them in the same way that we support our male counterparts.

It’s not news that women in many parts of the world suffer from widespread discrimination, but it’s important to note that this isn’t just an issue in the developing world.

According to the World Economic Forum, the gender pay gap in the United States is 15%.

Gender inequality is more than just a problem. It’s a threat to society, especially for the next generation.

The rise of gender inequality has had a significant impact on the global workforce. In the US alone, men are paid 18% more than women.

This means that on average, men will have a higher standard of living than women.

Q: If gender equality were achieved in the world today, what would be some examples?

A: There are lots of examples already. Countries such as Denmark, France, and Sweden have shown that they can provide full equality between men and women. The United Nations has also taken steps to create an environment where all genders are treated equally.

Q: Does gender equality only apply to gender-specific roles, or does it also include treating both genders equally?

Q: Are there any countries in the world that have not achieved gender equality?

A: There are no countries that are not yet at a place where both men and women are treated equally.

Q: Is it possible for men and women to live together in peace without gender equality?

A: I think we have come a long way, but there is still a lot more work to be done. We need to keep pushing the envelope. There are people who believe that gender equality is not possible. But with education and communication, people can change.

Q: Do you think that men and women should always be treated equally or does the gender equality concept need to be revised?

A: I think the concept needs to be changed to where people understand that gender equality isn’t all or nothing. People should be allowed to be who they are and show what they feel comfortable with.

Women still face barriers and challenges in the workplace and the home. It’s not just women who need to change, but men too.

The best way to change this is by encouraging young people to step into leadership positions. We need to support women and men who are willing to take risks and lead.

The gender wage gap is a problem in our society. Women earn 77 cents for every dollar men earn. This is an issue that needs to be addressed.

The United States has ratified over 20 international conventions and treaties that protect women’s rights. In fact, we have one of the strongest human rights records in the world.

Gender equality is possible. We just need to focus on improving the economic situation for women and girls.

There are many positive things about gender equality, such as increased earnings and less discrimination. However, there are also some negative things.

You might have heard the term gender equality before. I’m sure you’ve seen the posters around the world that have the words “Equality For All” printed in bold letters.

If you’re familiar with the concept of gender equality, then you know that it refers to equal rights and equal treatment for men and women. However, there are still many countries around the world where women are not given equal opportunities to men.

For example, some countries are ruled by dictators, others by religious leaders, and still others by warlords. In these places, women are treated differently than men. They may be denied basic rights to education, healthcare, or employment.

The fact is that there are still many countries in the world where the women are not given equal opportunities to men. In fact, some of them have laws that make it hard for women to become successful entrepreneurs or to get ahead in their careers.